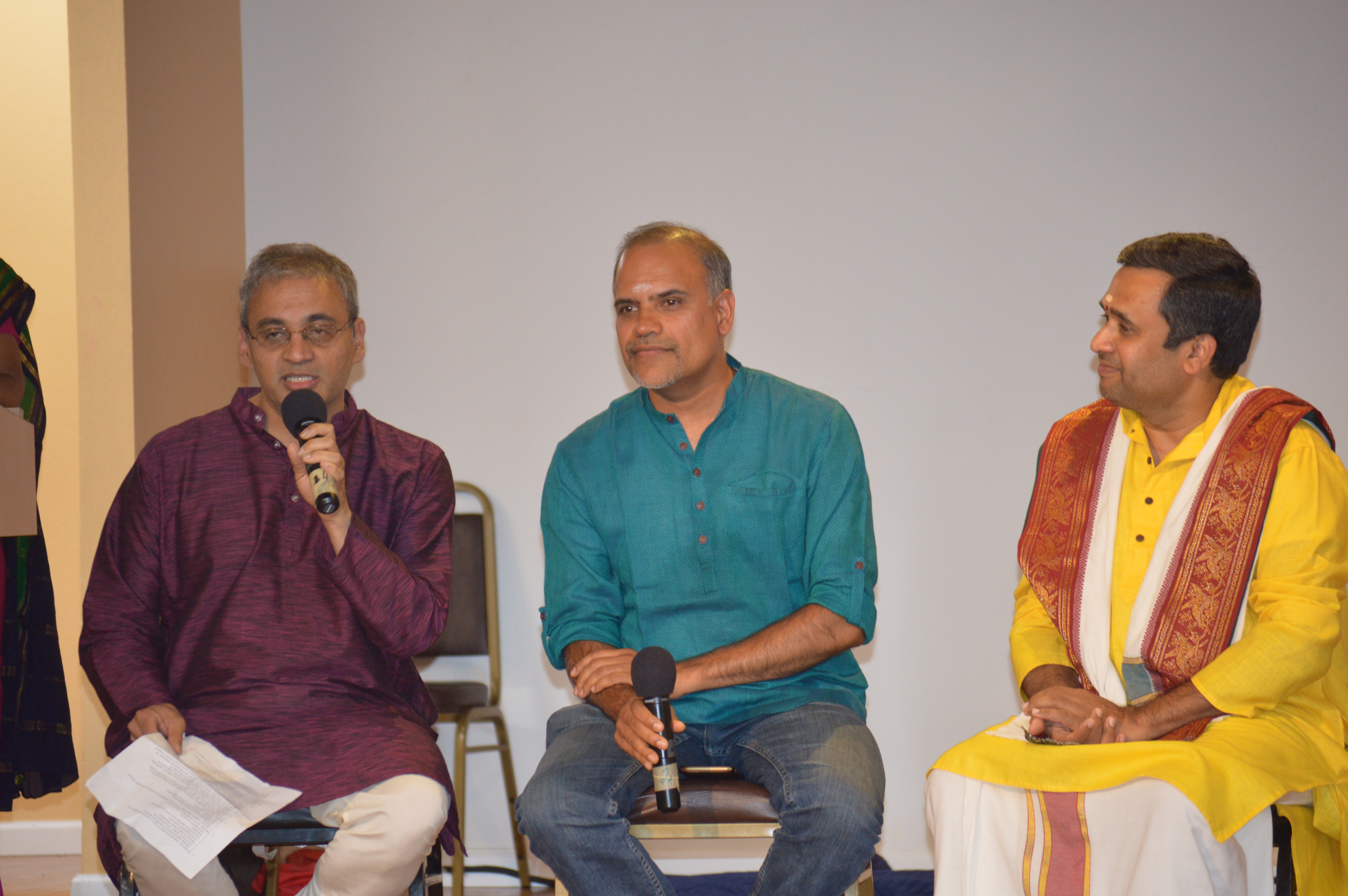 Carnatic Chamber Concerts thanks Vidwan Shri Shivakumar Bhat, Vidwan Shri Natarajan Srinivasan, and Vidwan Shri Shrikanth Chary for sharing, as part of the Feature a Guru Series, very valuable insights about one of the most important traditions in Indian culture, the Guru-Shishya relationship. From ancient times, teachers have been held at a very high esteem in Indian society and are revered. The Teacher or Guru, is the embodiment of knowledge and the disciple, the Shishya, gains the knowledge from the Guru by practicing respect, humility, discipline, obedience, and devotion to the Guru as well as the art form. Shri Shivakumar, Shri Natarajan, and Shri Shrikanth also spoke about how this ancient learning tradition is fading away with changing times, technological advancements and a globally distributed community, and how new methods of learning have evolved. They compared the academic institutions in the USA which are culturally very different wherein students learn in an informal and independant atmosphere to the traditional gurukulam way of teaching. The teachers explained how the Guru-Sishya parampara is still being followed in Carnatic music teaching as much as before, if not adhered to as strictly as in ancient times, and how parents would like their children to imbibe great values like humility, respect, discipline, and obedience by way of putting them in music classes. The teachers elaborated that the Guru-sishya sacred bonding in Carnatic music is deep and continues lifelong and unlike the academic institutions, the Carnatic music gurus not just impart musical knowledge to the students, but also become another parent to the students, nurturing them with a kind heart and imbibing great values of life and philosophy with their masterly mentoring. Gurus through their rigorous discipline make the students realize their fullest potential but also create an emotional and intellectual bond with them that makes the students look up to their Gurus whenever they need help, guidance, and advice. The teachers also invited students Kavya, Akshay, and Gaurav to share their perspective about learning in modern day academic institutions versus learning Carnatic music in the traditional way.
Our sincere thanks to Shri Shivakumar Bhat, Shri Shrikanth Chary, and Shri Natarajan Srinivasan for their valuable time preparing this presentation for our CCC children and parents and emphasizing that a selfless, hardworking teacher with a respectful, obedient, dedicated student would reinforce the Guru-Shishya relationship and make learning very effective.