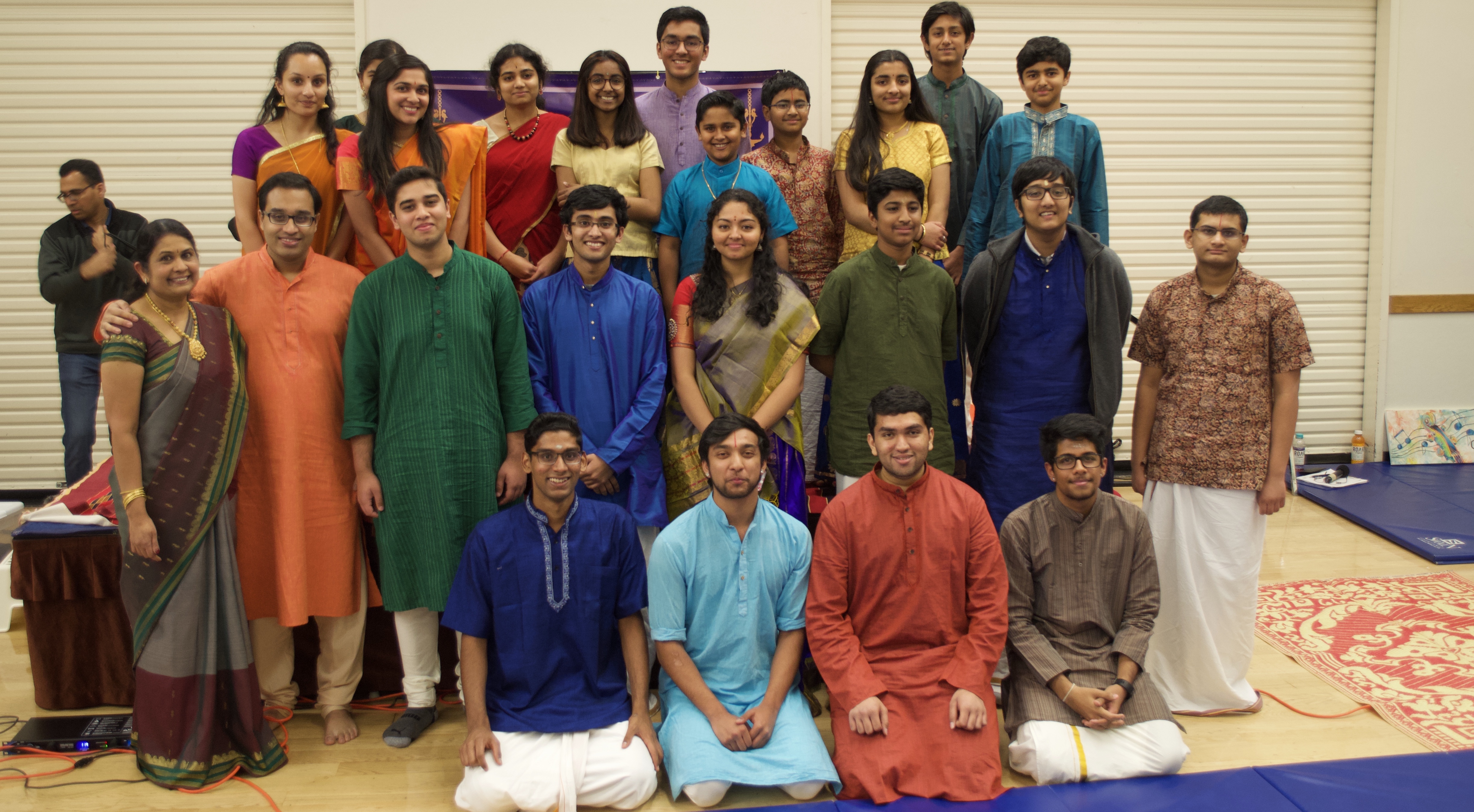 Happy MakaraSankaraanthi to all our member families! It was indeed a gratifying Eleventh anniversary event Sunday and thank you all for joining us.

We had a total of 10 performances, 5 by our current K-12 students and 5 by our alumni students (who are in college or beyond), all of which received well deserved applause for their performances, from our ever encouraging audience. Kaashyap’s auspicious start and Thiruppavai, Rajeev’s brilliant Begada, Pranav’s impactful Shankarabaranam, Gaurav’s superb rendition of Simhendra Madhyamam and Preetika’s RTP in 11th Melakartha Kokilapriya added more festivity to the event. All the accompanists including Vaishnavi whom we introduced on the veena, did a great job supporting their respective performers, kudos to each of them.

Since Alumni will be our focus in 2020, we showcased 9 alumni students (Hrishikesh, Priyanka, Ajay, Sanjay, Geeta, Kaushik, Shrikrishna, Shrikanth and Srivatsan) in our January event, and all of them did a fabulous job presenting 11th (Rudra) Chakra ragams. Each one made it crisp yet power packed and it was refreshing to hear them after a long time. Some of the alumni students had just returned from India and it was incredible how they pulled off the performances while still in jetlag J We are also planning a grand Alumni show in July 2020 with a LOT of our alumni, please stay tuned for more details.

We acknowledged the students who attended all monthly events in 2019 as Gold Circle winners and those who attended all but one event earned Silver Circle recognition. Our hearty congratulations to both groups of students, and the lists are posted on our CCC’s FaceBook page (we encourage you to like the page if you haven’t already done so!).

Our sincere thanks to our core volunteer team for helping with all of the event day logistics, rain or shine, sick or well! I’m sure you’ll enjoy what’s below!

Video excerpt from the event (courtesy of Vidya A)

Many thanks to the parents who helped with setup, cleanup, logistics and special thanks to Radha Lakshmikanthan, Akila Shankar, Gomathy Gopi, Jayashree Sunder, Nithya Ashok, and Anitha Murthy for providing snacks/tea to our volunteers.

Please save February 16th Sunday (4pm to 7pm) for our next event at the Warm Springs Community Center and your favorite emcee Mohan will run the show as I’ll be India then.