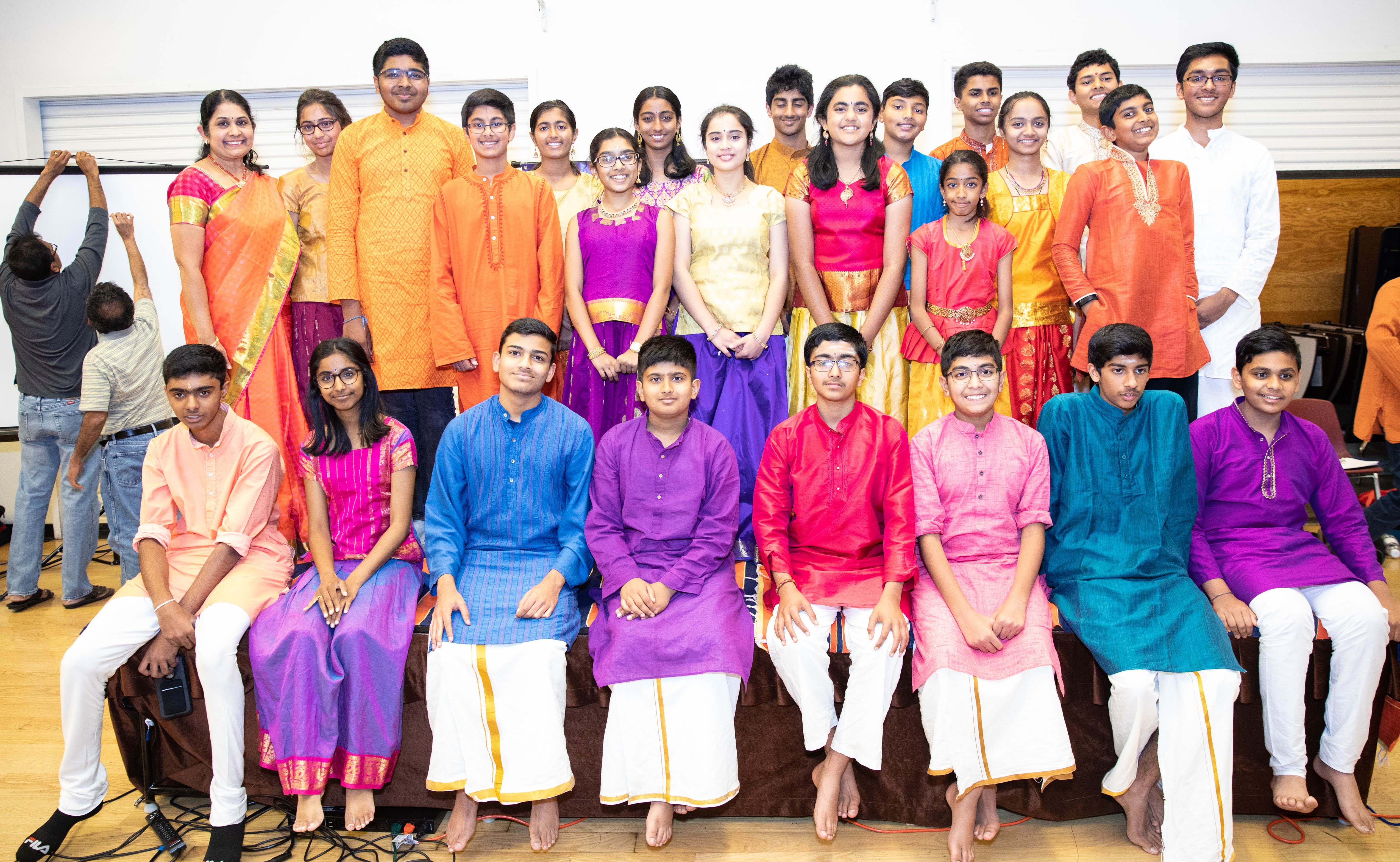 Even though we may seem like a big organization, we are actually an intimate group of parents who come together at a time of need as one family, to make things happen. This was evident in our October event when many of our parents in addition to our dedicated core team came together to pull a successful event at a brand new venue! Thank you all from the bottom of my heart!

In order to minimize anxiety at the new venue, we did not schedule any intro performers this month so all were returning performers, and every single one of them did an excellent job entertaining the folks who made an effort to be there. Do share any feedback you had/felt at the new venue.

Oviya’s outstanding performance started us off followed by Rohit’s beautiful Bilahari, Akshara’s superb Simhendramadhyamam, Aditi’s striking Saveri, Sanika’s vibrant Varali, Amruta’s sublime Sriranjani, Sumanth’s noteworthy Nagaswarali, Alaap’s praiseworthy PurviKalyani and Aditya’s brilliant Bhairavi, all of which kept the audience engaged throughout! Our accompanists are getting better with each opportunity and the practice that it involves, confidence and maturity was in full display, at their respective levels. Kudos to our children, their gurus and parents for pursuing, teaching and supporting music so passionately.

Hearty thanks to our CCC core team who embraced the new venue instantly to make things go smoothly. Audio team led by Namdev Nayak had a clear plan and the audio setup / clean up happened in record time. Latha handled the attendance desk efficiently and thanks to Srini Bala for pitching in as she was short on hands this month. Ram Athreya stepped up to do photos this month, and sent these brilliant captures from our event last night itself, thank you very much Ram! Thank you Suresh for covering the video and we look forward to your excerpts! Powerpoint team led by Srikanth made a seamless presentation of bios with his team’s support. Thanks to Prasanna Narayanan and Priya Hari for loaning us their banner stand and projector screen respectively.

It's heart warming when our young performers themselves come early to help out.  Sriram Subramanian with his sister Swathi and Srihari Srinivasan pitched in a lot yesterday and my heartfelt thanks to them.

Please save November 10th Sunday from 2-5 pm for our next event at our usual SSP venue.

Wishing you and your family a very happy Deepavali!